As a rule, I taste a wine on at least two separate occasions before writing the review. Then I compare my notes to see if they are consistent. If I agree with myself (and I usually do) I have at it and write the review. In the case of Barrister, I wanted to get to Round 2 as quickly as possible. The verdict was confirmed! And I’ll be goin’ back for more, soon!

Impressions Beyond the Facts:

At the Start: Deep, ruby red. Right out of the bottle the nose is a little syrupy, which is also a bit scary. How much syrah is in this guy? There are overtones of blackberry, strawberry and cardamom. A bit of a backnote of lavendar.

A Wines Til Sold Out Selection

In the Sip: First sip followed the lead of the nose – a bit on the syrupy side. It got better. A lot. As it opened up and settled down it retained bright tones of cherries, currant and the general red-fruit spectrum. The backbone had a sour cherry candy thing going – so, sweetness with an attitude. Also a sense of root beer or cherry coke. Hidden in the rafters up high seemed to be a bit of kiwi fruit. Lurking around the corners were hints of Szechuan pepper.
At the Finish: Good, firm tannins mellowed by gentle oak provided a long, lingering finish. 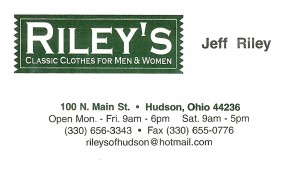 On the Plate: Served with beef brisket, braised with onions and the usual suspects in a wine reduction (I used a Chilean Cab which I regretted – not because of the quality. On the contrary, on sampling it I wanted to drink it rather than cook it. More on this one, later.) The brisket was served with polenta and topped with a sauce with pearl onions and dried apricots.

The Wrap: Really quite an impressive blending job that provides layers of flavor and a long, pleasing finish.